For several years, the Ducks have given "fowl towels" to fans at playoff games.

Considering my penchant for improvising items (see: duct tape wallet), I've always wanted to make these into something. After all, they're free, they're cloth, and they're distinctive. But for the last few years I've only gone to a couple playoff games. This year, though, my family's getting tickets to all of the home games, so I've been able to collect ten or so. 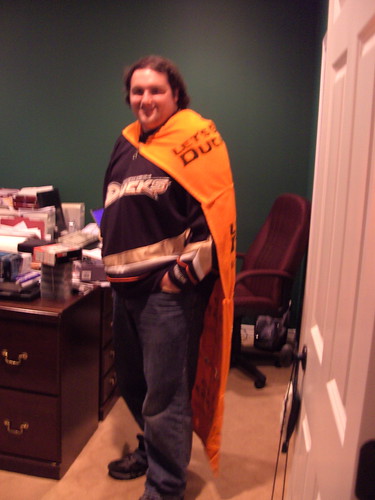 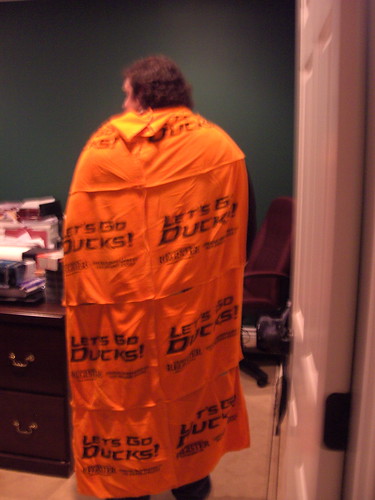 It took roughly two hours and forty safety pins (and a butterfly clip), but it wore pretty well. However, I didn't realize until the first intermission what it looked like.

That's when a mom turned to her little boy and said, "Look--it's Superduck!"

So I got to strut around all night playing the dashing, confident superhero. It was kinda fun, actually--no wonder all those people are addicted to City of Heroes. Incidentally, I've also decided that my archenemy is the NHL Officials' Association.

By the way, the Ducks won, so they're going to the conference finals. Yayz.